Contact Tracing at Industrial Facilities in times of COVID-19

Industrial facilities have a need to minimize the impact of COVID-19 in their day to day operations. They are putting in place a number of measures to mitigate the risk of contagion in critical staff members. The potential downside is having to quarantine the whole crew which may lead to a halt in operations. This could involve losses of millions and it may just not be an option in some cases.

Among the measures being implemented some are changes in protocol to introduce sanitary measures, such as increase handwashing frequency, compartmentalize & isolate people in closed shifts, reduce the number of people allowed per room, etc. Others are technological in nature, such as measuring temp at the entrance and exit of the workplace, and tracing close contacts on industrial premises, so that upon positive diagnoses the organization may have means to isolate only those who have been proven to be in close proximity of those infected, and not everyone in the staff. 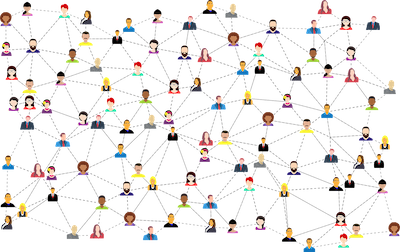 In a nutshell, contact tracing apps leverage nearby networking technologies, like Bluetooth, to create a log of close contacts. By relying on the broadcasted signal of Bluetooth Low Energy, mobile devices that act as receivers of these signals are able to detect and log whenever a user of the contact tracing app is in close range and then log that information on a server.

The effectiveness of this methodology relies on the size of the active user base. The more users it has registered, the more likely than when a new positive is diagnosed meaningful contacts will be traced. Wide-scale deployment of technologies such as this involves the participation of Governments and major technology actors.

Governments all over the world are starting to realize that smartphones & mobile apps can help them out with this task. Singapore was one of the first countries to launch a public contact tracing app in the battle against COVID-19. TraceTogether, released at the end of March for iOS and Android, leverages Bluetooth for tracing contacts affected by the virus. Smartphones with the app installed simply exchange nearby Bluetooth signals with other ones to detect another TraceTogether user in proximity. This information is stored locally on the phone for 21 days. After that period, it’s automatically deleted. Should a user be diagnosed with COVID-19, Singapore’s Ministry of Health gains access to the data collected by the application and thus begins to track the people that the user had contact with.

Following this path, many other governments began looking to implement their own contact tracing apps, such as Israel or the United Kingdom. This eventually led to tech giants like Apple and Google to join forces in the development of contact tracing technology.

It looks promising but it will have some limitations. This collaboration is aimed to help governments and public health authorities, it won’t be tailored to suit particular industries, and it won’t provide open access to the generated data for reasonable security reasons. 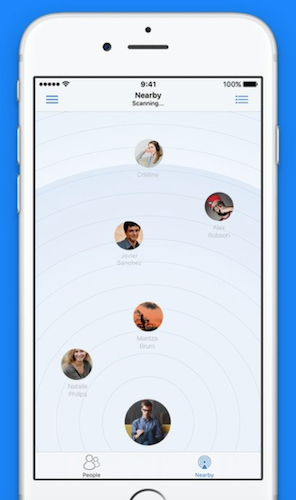 Years ago, we developed an app named CloseNet that enabled communication with nearby devices by leveraging BLE. Thanks to this experience, we began researching how to apply that technology in a contact-tracing situation by using mobile devices BLE capabilities. After some days of work, we came up with a protocol that could be used to log close contacts of users of such app. Currently, we are in the process of implementing it for a company.

The value proposition is to reduce the risk of halting operations, by enabling the ability to trace close contacts within the premises of an industrial facility. Providing a verifiable log of close encounters that took place in the past weeks, making a more fine-grained isolation possible.

The risks have to do with adoption and cultural mindset.  At the individual level, the user must keep the mobile charged, and avoid turning Bluetooth off. At the team level, a conversation must be had with representatives or the union if present, to make sure they are onboard.

To wrap up, contact tracing apps are valid measure companies can look into when evaluating ways to de-risk the operation of their facilities, in times of a pandemic. We´ve discussed some of the options being implemented for the government sector. If you are looking for a custom-tailored contact tracing solution that would suit your requirements we’d love to talk to you.

What Does Coronavirus Mean for the Tech Sector?

What Does Coronavirus Mean for the Tech Sector?